I wish I could tell you
the story of the world,
how sun and moon
gained dominion
over day and night,
how land raised up
and sea settled low.

I would tell you how
stars were born, how
birds learned to dance in wind,
how fish breathe water, how
fire surges from spark.

I wish I could tell you
how man shed the animal inside,
but the story of the world shows
man, standing
on two legs, fists clenched;
inventing – first – blade,
not plow.

This is the title poem in an anthology released in April of 2017 by Spartan Press. A version of this first appeared on the now defunct PresentMagazine.com in 2010.

In Kansas City’s Union Station,
monks gathered to shake
colored sand that would become not sand,
but Mandala.

And here – pay attention now –
here is where it gets interesting:
a boy, three, maybe four,
saunters under the cordons
to do a little soft shoe
while monks ate, one assumes,
a simple meal.

Intricate designs and sharp, colored lines –
some no wider than a single small grain –
became the dust and scuffle of a child’s wilding abandon.

When asked, on the news that night,
what he thought of the security footage
of the child’s sand dancing, of the mother’s
quick grab and fast retreat, a monk replied, smiling,
We swept it up and started over.
We will just have to work faster now.

In a few days, in an unveiling ceremony,
attendees marveled
ooh and ahh.

After all of the cameras packed away,
monks swept the second attempt
into a sacred vessel and poured it
into the waters of the Missouri
for good fortune.

The mandala, you see, is like this poem
we find ourselves in this very moment;
the letters of each word, a grain of colored sand.
Dance in it, kick it around under
the soles of your feet.
Sweep it up.
Pour it in the river.

Let it all wash out to sea. 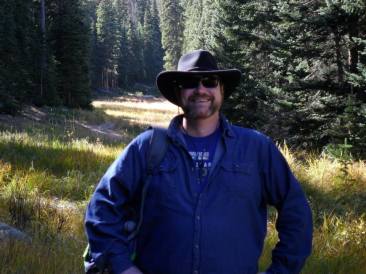